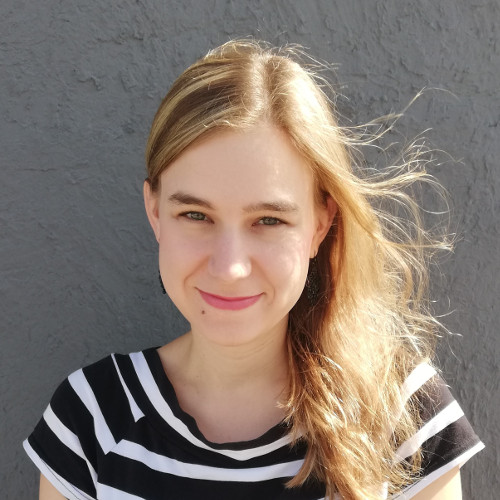 Marta Gospodarek (Olko) is a PhD Candidate in the Music and Audio Research Lab (MARL) at New York University. Her research interests lie in the intersection of spatial audio, sound design, and psychoacoustics applied to the context of Virtual and Mixed Reality. Currently, she is researching sound perception in AR environments at IRCAM (Paris) as a recipient of the Chateaubriand Fellowship. Marta worked on several large VR and AR projects, including Mary and the Monster (Cannes XR 2020, Tribeca Film Festival 2019) and Cave (Siggraph 2018) produced by Future Reality Lab at NYU. As a lead sound designer, she was responsible for sound production and postproduction, the design of reproduction systems, and 3D audio programming. Leading the Immersive Audio Group at NYU, she engineered a number of music recordings in VR both in the studio and live settings. As an adjunct professor, she taught graduate 3D audio class at the Music Technology program.

Marta received her M.S. in Sound Engineering from the Fryderyk Chopin University of Music in Warsaw. Her thesis topic was Auditory-visual interactions: The influence of colour on loudness judgments. She has worked as an assistant professor teaching audio for film at Fryderyk Chopin University of Music. Previously, she also spent a year working at The Banff Centre as an audio engineer, sound designer and composer. In 2012 she was awarded the Gold Award in the category of Sound for Visual Media during the 132nd AES Students Recording Competition.